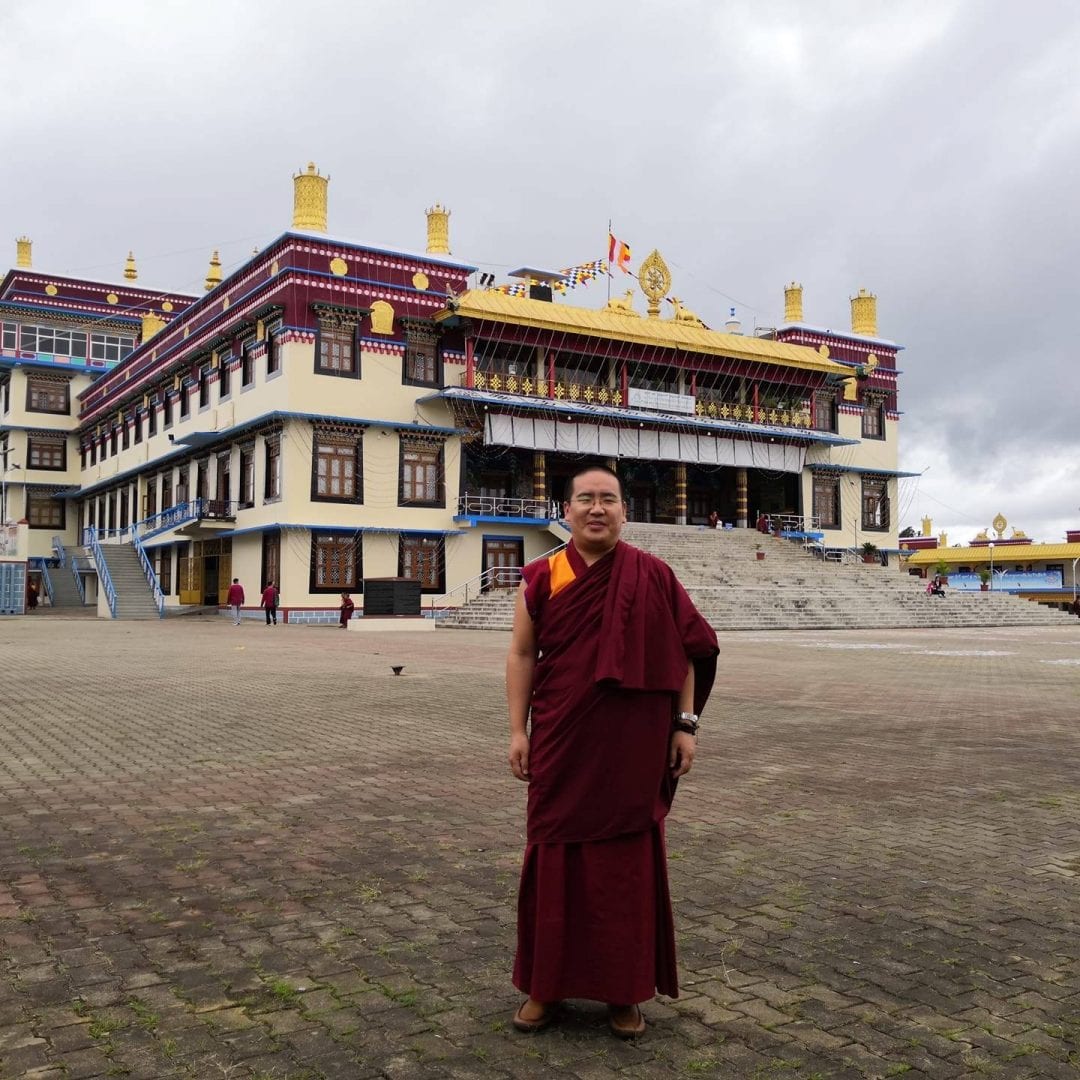 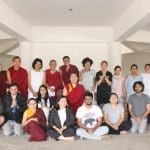 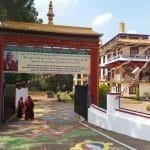 This year is the 600th anniversary of Lama Tsongkhapa's parinirvana. To honor the anniversary, the Geluk International Foundation, 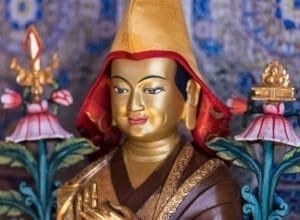 You are warmly invited to celebrate the International Year of Tsongkhapa with the teachings by Venerable Tulku Tenzin Gyurmey Rinpoche! This is Rinpoche’s first visit and teaching in Europe and it is a precious and wonderful opportunity to learn about Buddhism and the legacy of the great Tibetan scholar Lama Tsongkhapa. The two-day teaching will be based on the life story of Lama Tsongkhapa and his teachings. Tenzin Gyurmey Rinpoche will teach on the graduated path to enlightenment, Lamrim, which lays out the steps a practitioner must take in order to progress to enlightenment. These teachings are open to all, experienced practitioners and those who are interested in Buddhism. Thursday, November 14 & Friday, November 15, 18.00-21.00 (with a break for food). Free admission. Donations are welcome. Teachings in English. Venerable Tulku Tenzin Gyurmey Rinpoche: Tulku Tenzin Gyurmey Rinpoche was born in 1981 in Mon Tawang, Arunachal Pradesh, India. His father is from Tawang Zhol village and his mother, who relocated to Tawang before 1959, is originally from Lhasa. He is the sixth oldest among ten siblings, comprising six brothers and four sisters. In 1990, at the age of nine he formally joined Sera Jey Monastic University in Bylakuppe, Karnataka, India. The following year, when His Holiness the Dalai Lama visited Gyudmed Tantric College, Tenzin Gyurmey Rinpoche was recognized as a reincarnated lama and also subsequently recognized both at Sera Je Monastery, Bylakuppe, and Gaden Namgyal Lhatse Monastery in Tawang. From 1991 to 1998, he studied at Sera Je Secondary School and completed his Secondary School Certificate course obtaining distinction grades in all his exams. In 1998, on completion of formal schooling, he began his advanced philosophical and dialectical training and studies at Sera Jey Monastery. During his twenty years of monastic education for achieving a Geshe degree, he was able to undertake three-year foundational course on Pramana and also complete the seven-year Paramita (Lit. perfection of wisdom) and four-year Madhyamika (Lit. middle-way philosophy) degree courses at the monastery, three years of Vinaya (Lit. Monastic discipline), one year of Adhidharma (Lit. Studies of Metaphysics in Buddhism). Currently, he is in the last year of six years’ Geshe Lharampa examination. He received novice ordination (Dge tshul) from His Eminence Choden Rinpoche at Sera Jey on 15th April, 1994 and received full ordination (Dge slong) from His Holiness the Dalai Lama in 2009. He is also recognized as reincarnation of Drengkhar Khensur Urgen Gonpo, one of the former abbots of Tawang Monastery, by His Holiness the Dalai Lama. In addition to the formal monastic curriculum, Tulku Tenzin Gyurmey made time to study Tibetan and English grammar and literature. He has attended various conferences and discussions on Tibetan grammar and literature as well as on science and Buddhism, and he has written articles on these topics. He considers himself fortunate to have had numerous opportunities to give talks about Buddhism to Indians and foreigners, both within and outside the monastery. Tenzin Gyurmey Rinpoche had the rare opportunity of serving as English interpreter for His Holiness in numerous teachings attended by thousands from all over the world. He looks forward to continuing to share the teachings of the Buddha and explore how ancient Buddhist wisdom can bring maximum benefit in the modern world. Inspired by the advice of His Holiness the Dalai Lama that communities of Buddhist monks should be more socially engaged, and believing that all people have the right of access to quality spiritual education, secular education, and health care, Tulku Tenzin Gyurmey Rinpoche founded Thubten Shedrubling Foundation in 2014. The goal of the Thubten Shedrubling Foundation is to create an environment that preserves the authentic Buddhist teachings and practices with the appreciation of the social and cultural identity of the Tawang people and promote modern education so that the Tawang people can proudly keep their heritage of the spiritual relationship with Tibetan Buddhism alive while being active participants in the global community.

RSVPing is closed at this time.

Can not make it to this event?Change my RSVP