28maj18:0020:00Event överUtvaldaTengyur Rinpoche: How to see yourself as you really areTeaching on the essence of Buddhism - Nature of Reality

This teaching is a part of the Buddhism in a Nutshell course, but everyone interested in Buddhist philosophy and psychology are welcome to participate. Tengyur Rinpoche teaches online from Sera

This teaching is a part of the Buddhism in a Nutshell course, but everyone interested in Buddhist philosophy and psychology are welcome to participate. Tengyur Rinpoche teaches online from Sera Jey Monastic University in south India.

When you have registered, you will receive an email with the link to the Zoom meeting. It is also possible to come to the centre and listen to the teachings together with the Buddhism a Nutshell group.

Tengyur Rinpoche who visited us last November and taught on Lama Tsongkhapa’s life and teachings and offered his precious time to help us in many different ways, has kindly agreed to give teachings to the participants of the Buddhism in a Nutshell introductory course and anyone curious about Buddhism. Rinpoche will teach on May 14 and 28. “What to give up to open our hearts to others” teaching on May 14 is about renunciation and bodhicitta, two Buddhist concepts which can be easily misunderstood.

“How to see things as they really are” teaching on May 28 is about concentration, the nature of reality, and Tantra. Rinpoche will also teach on how to relate to Buddha’s teachings in daily life. 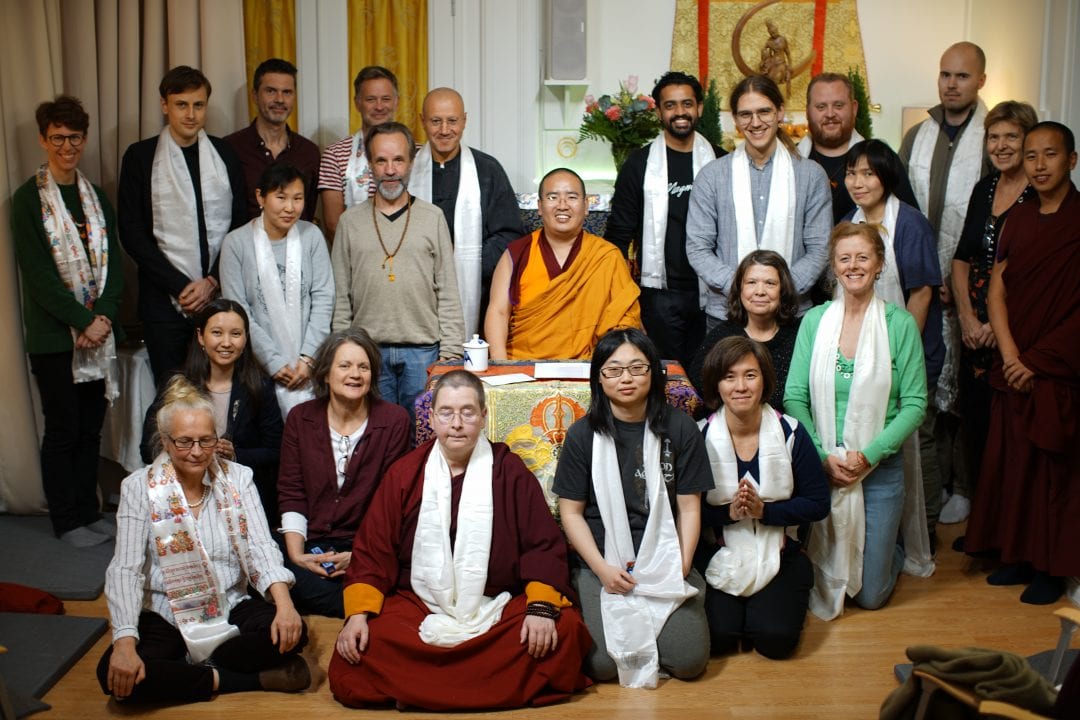 This event is free. Donations are welcome.

02maj18:0019:00Free Monday MeditationCalm your mind and set up your motivation for the upcoming week

03maj18:0020:00Event överLamrim: the graduated path to enlightenment Module 7: 7 weeksThe course for those who have studied Discovering Buddhism or other programs within Tibetan Buddhism and want to delve deeper, reflect, and meditate on lamrim subjects

02maj18:0019:00Free Monday MeditationCalm your mind and set up your motivation for the upcoming week

03maj18:0020:00Event överLamrim: the graduated path to enlightenment Module 7: 7 weeksThe course for those who have studied Discovering Buddhism or other programs within Tibetan Buddhism and want to delve deeper, reflect, and meditate on lamrim subjects